A New Subchapter For Chapter 11 Bankruptcy: The Small Business Reorganization Act of 2019 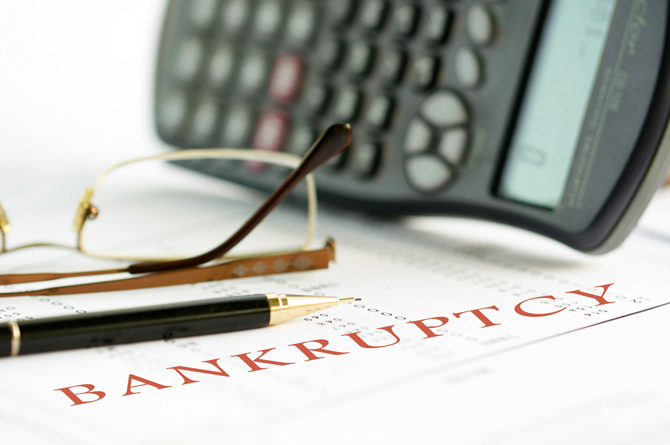 The Small Business Reorganization Act of 2019 (SBRA) — which was recently signed into law and is set to take effect on February 20, 2020 — stands among the most significant amendments to the United States Bankruptcy Code in more than a decade. Prepare to confront new procedures, new issues, and an entirely new subchapter V to Chapter 11 of the Bankruptcy Code. The SBRA portends a shift in small business bankruptcy practice.

Chapter 11 of the Bankruptcy Code remains the go-to for businesses (and certain individuals) seeking to reorganize while retaining control of their assets and operations as “debtors-in-possession.” But consistently low percentages of Chapter 11 cases result in successful reorganization. Critics have long questioned whether Chapter 11 represents a viable tool for distressed small businesses when compared to their Fortune 500 counterparts. As a 2010 National Bankruptcy Conference report put it, “The model for Chapter 11 was the publicly-traded manufacturer, not the local diner.”

Procedural and cost burdens have historically disfavored mom-and-pop debtors, notwithstanding the fact that low-asset debtors file an estimated half of Chapter 11 cases today. Small businesses filing under the current Chapter 11 must contend with onerous plan confirmation thresholds, high administrative costs, burdensome disclosure requirements and delays. Anecdotally, many distressed small businesses — and their creditors — have eschewed the Bankruptcy Code in favor of unsupervised wind-downs, receiverships, assignments for the benefit of creditors (ABCs) and negotiated resolutions. Others have just shut their doors.

The SBRA has been widely anticipated. A product of lawmakers’ bipartisan efforts, the work of the National Bankruptcy Conference and American Bankruptcy Institute’s Commission to Study the Reform of Chapter 11, and the National Conference of Bankruptcy Judges, the SBRA intends to make Chapter 11 more streamlined and less costly for distressed small businesses with the enactment of subchapter V.

So, who qualifies to file under subchapter V? First, the definition of “small business debtor” broadly embraces those engaged in commercial or business activity, but specifically excludes those whose primary business involves operating single asset real estate. Second, the small business debtor must be very small indeed — at least in the sense of having less than $2,725,625 in aggregate or noncontingent, liquidated secured and unsecured debts as of the date of filing. Debts owed to insiders and affiliates do not count for purposes of that cap. Note also that this debt limit is not new; this is the same “small business debtor” limit as has been part of Chapter 11 since 1994, adjusted for inflation.

Lenders have been quick to suggest practical ways of avoiding any uncertainty associated with the SBRA’s enactment. For example, if a borrower appears to hover around the qualifying level of debt (according to recent and heavily vetted financial statements, we hope!), a particularly well secured lender may even be tempted to lend its way out of the possibility of a subchapter V case. But before embarking on such a counterintuitive course, there is no substitute for carefully and advisedly weighing the implications of all the provisions of the new subchapter, some hallmarks of which include:

• Trustee Appointment: The SBRA requires the U.S. Trustee to appoint a trustee for every subchapter V case, both to facilitate the small business debtor’s reorganization and to oversee plan implementation over the course of three to five years. Compare the role of the small business bankruptcy trustee most closely with that in Chapter 12 family farmer and fisherman bankruptcies. Like in traditional Chapter 11 cases, the debtor presumptively remains a debtor-in-possession.

• No Unsecured Creditors’ Committees: Barring a contrary court order, the SBRA does not contemplate appointment of an unsecured creditors’ committee.

• Expedited Deadlines: The Court will hold a first status conference within 60 days of the petition date, and a plan must be filed within 90 days. This timeline is arguably more rigid than in an ordinary Chapter 11 case, too. Extensions will theoretically only be granted where “the need for the extension is attributable to circumstances for which the debtor should not justly be held accountable.”

• The Debtor-Proposed Plan: Only the debtor can file a plan for reorganization; no competing plans from creditors are allowed. The plan must include a business history narrative, projections, and liquidation analysis, but it need not include a separate disclosure statement unless so ordered by the court.

• Property of the Estate: The existing Bankruptcy Code definition of “property of the estate” is expanded to include earnings and property acquired post-petition and post-confirmation until the case is closed, dismissed or converted.

• No “New Value”: The Act removes the requirement that equity holders of small business debtors provide “new value” to retain their equity interest without paying creditors in full. The Act does, however, require a debtor to distribute all projected disposable income for at least three years from the date the first plan payment is due — similar to Chapter 13.

• Mortgage Creditors: A small business debtor may cram down and/or modify a mortgage claim in a subchapter V plan if the loan was not principally obtained to purchase the debtor’s residence and was used in connection with the debtor’s business. This is a fairly powerful modification tool, and it was previously only available in Chapter 12 cases. So, a debtor who borrows against his/her home equity to invest in a commercial activity could modify the claim by proposing a lower interest rate or extending maturity or even cram down the loan.

• Confirmation: The court can confirm a plan without the support of any class of claims so long as the plan is deemed fair and equitable with respect to each class of claims. The acceptance of an “impaired class of unsecured creditors”? No longer needed.

Subchapter V certainly creates the possibility for a new and different kind of Chapter 11 small business debtor reorganization. Will enough businesses qualify as sufficiently “small”? And will small businesses actually avail themselves of the SBRA’s new provisions in significant numbers? It remains to be seen. Expect an evolving small bankruptcy landscape as practitioners and courts begin to work within the constraints of the 2019 Act.